For 55 + years D&E's literary magazine has collected and shared the ideas and imagination of D&E students, faculty, and staff.  Over time there have been several changes to the name of the magazine.

1962-1978 it was called: Adum
"The name Adum is taken from the word adumbrate which means to foreshadow. To foreshadow the ideas, imaginations, and minds of future men and women; to foreshadow and soar beyond the possibilities of today with a new hope; a hope not limited to any one nation but universal, representing the universal mind of a college campus." (from 1963 Adum)

1979 it was called: Kami
“Kami is a Japanese word whose nearest English translation is ‘beauty.’ And surely, art is beauty.”  (Bill Kates Jr. Editor, 1979 issue)

1980 to Present, it has been the Aurora
“…the staff of the literary magazine has opted to change the name of the publication- this time to Aurora. Whether referring to the glowing lights in the sky or the earliest light of dawn or any other meanings of the word, the phenomenon of the Aurora is surrounded by a sense of beauty and mystery. As writers and artists, we try to capture a similar sense of beauty and mystery in our works. (John Elza, Editor, 1980 issue) 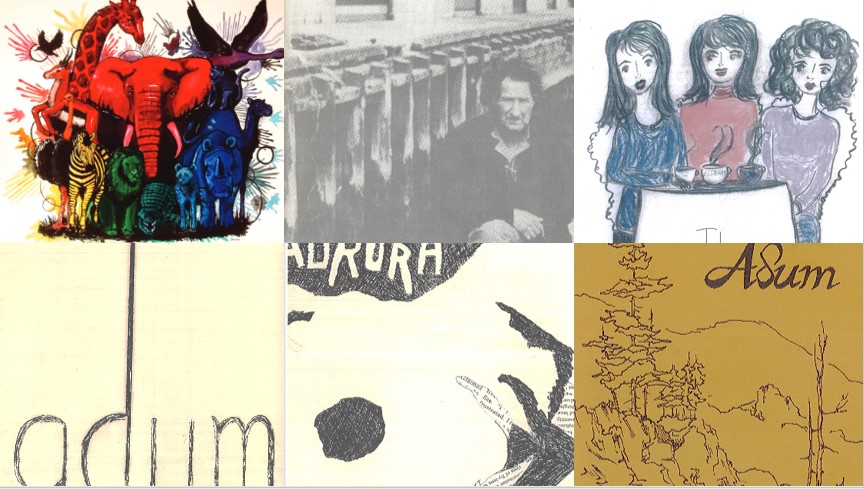 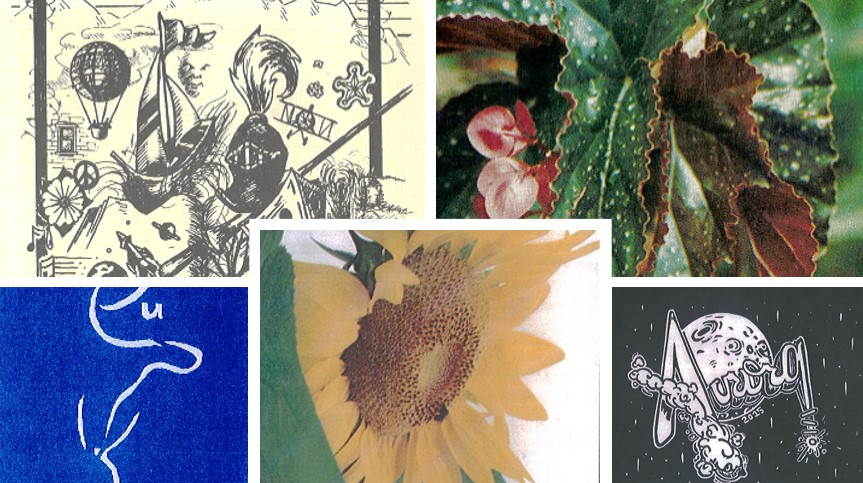