The Basics of Patents

The United States Patent and Trademark Office (USPTO) is an agency of the U.S. Department of Commerce. The role of the USPTO is to grant patents for the protection of inventions and to register trademarks. It serves the interests of inventors and businesses with respect to their inventions and corporate products, and service identifications.

A patent cannot be obtained upon a mere idea or suggestion. A patent requires at least a proof of concept, which means complete descriptions and illustrations.

What is a Patent?

A patent is a limited duration property right relating to an invention, granted by the United States Patent and Trademark Office in exchange for public disclosure of the invention. Generally, the term of a new patent is 20 years from the date the application for the patent was filed. Under certain circumstances, patent term extensions or adjustments may be available.

There are three types of patents:

What is a Copyright?

The copyright protects the form of expression rather than the subject matter of the writing. For example, a description of a machine could be copyrighted, but this would only prevent others from copying the description; it would not prevent others from writing a description of their own or from making and using the machine. Copyrights are registered by the U.S. Copyright Office, a department of the Library of Congress.

For more in-depth information on Copyright, see our research guide on Copyright by Mary Jo DeJoice.

What is a Trademark or Servicemark?

A trademark is a word, name, symbol, or device that is used to indicate the source of goods and to distinguish them from the goods of other sources. A servicemark is the same as a trademark except that it identifies and distinguishes the source of a service rather than a product. The terms “trademark” and “mark” are commonly used to refer to both trademarks and servicemarks.

Trademark rights may be used to prevent others from using a confusingly similar mark, but not to prevent others from making the same goods or from selling the same goods or services under a clearly different mark. Trademarks that are used in interstate or foreign commerce may be registered with the USPTO. The registration procedure for trademarks and general information concerning trademarks can be found at basic facts about Trademarks. 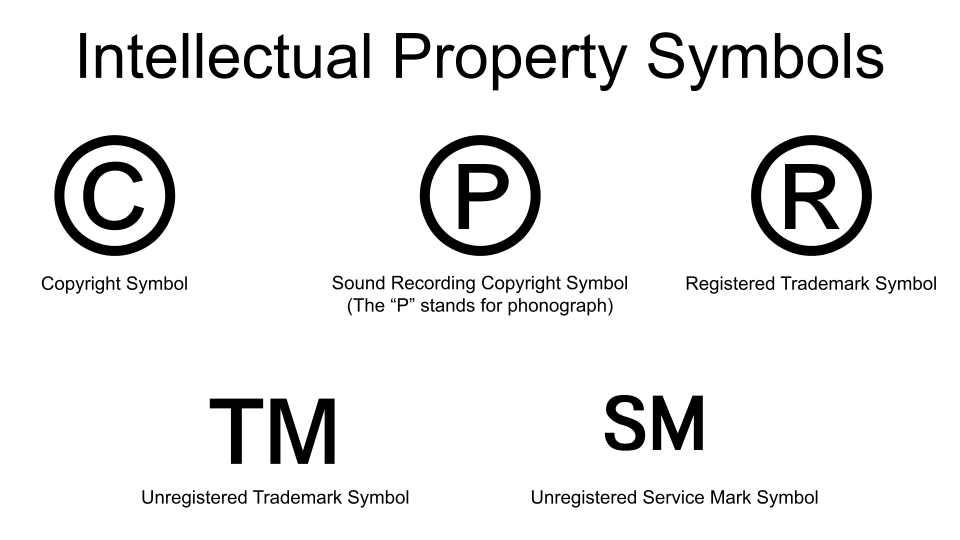 Information found on this page courtesy of: The United States Patent and Trademark Office