Notable People of the Harlem Renaissance

"Key figures included educator, writer, and philosopher Alain Locke, who was considered the movement’s leader; sociologist W.E.B. Du Bois, who helped found the NAACP; and Black nationalist Marcus Garvey. Among the notable writers were Claude McKay, author of Home to Harlem (1928); Langston Hughes, known as “the poet laureate of Harlem”; and Zora Neale Hurston, who celebrated Black culture of the rural South. Actor Paul Robeson, jazz musician Duke Ellington, and dancer and singer Josephine Baker were leading entertainers. Perhaps most prominent in the visual arts was painter Aaron Douglas, who was called the father of African American art."

About The Harlem Renaissance

"Post–World War I Harlem, New York, was the undisputed center of a complex cultural movement out of which emerged a proliferation of black intellectuals, writers, musicians, actors, and visual artists. Variously called the Harlem Renaissance, the Negro Renaissance, and the New Negro Movement, it was an artistic flowering that coincided with sociopolitical expressions of black pride—the rise of the “New Negro” and Garveyism—in much the same way as the Black Arts and Black Power movements emerged simultaneously in the 1960s. Although scholars posit differing views on when it began and ended, most agree that the movement was at its height between the dawning of the Jazz Age in 1919 and the stock market crash in 1929..." [Read entire article, if off campus login required]

If you click on an electronic resource and see the D&E logo, 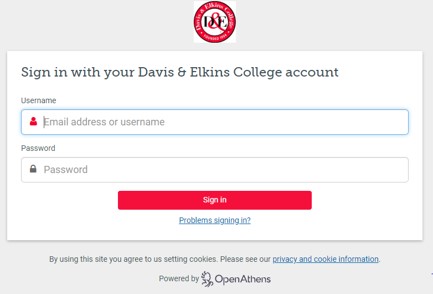 Username = the start of your D&E email address, up to, not including, the @ sign.
(e.g. if dejoicem@dewv.edu is the email, then dejoicem is the username.

If you click on an electronic resource and see the ACA logo, 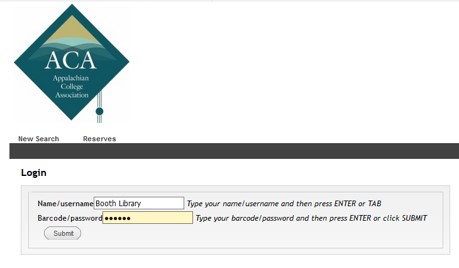